When I really like a place, and have only had time to scratch the surface of what it has to offer, I am often very reluctant to write or post about it. Others I know have tons more knowledge and insight, but when I really like a place I want to share my novice, initial, and simple kid like, feelings about the place. Recently we were lucky enough to go to New Orleans for my friends Dean and Andrea’s wedding. When Andrea was going to school there, they lived in NOLA, and loved it. For sometime Dean was telling me I would too, and had to visit. I figured I would really like it after hearing about it from him for years, but unfortunately I could not make it while they lived there. So I was really excited to check it out when we were invited to the wedding. It turned out out Dean was very right, I loved it! We only could spend 4 days unfortunately, but we will be going back.

New Orleans has great music, food, art, architecture, history, public transportation, and friendly people.  I could go on and on about the music everywhere, you would have to spend some real time there to experience it all. From a lone musician to full brass bands, they all can be seen playing in the streets at any given time. The cliché of a coffee shop with a local artist playing in the corner actually feels authentic and original. Walking down Frenchman street in the evening, even on a Sunday, in three blocks you can experience more Jazz, Blues, and rock then some people do in a year. Even when I went with Zoe, who is 9, we were able to enjoy the music from the open doors. Oh and it’s all actually really good. Seldom did we catch anyone making music that was not well above average. Then if you pay for a show like at Preservation Hall, expect to be amazed.

Eating I thought might be tricky for Erica, as she is a strict vegetarian and does not eat fish, but we found no shortage of amazing places. We had many Cajun and Creole dishes of course, but also, North African and Caribbean food. All were tasty. We had a list of other places we really wanted to try, but only could eat so many meals in the time we were there. I particularly loved how chains were much less common. It seems that most prefer good local food. Also coffee… I am a tea lover and really don’t care for coffee, but I tried the local coffee, which is typically mixed with chicory and milk, and liked it.

The city has so much history, and the architecture shows it. What I found most interesting is that it is being used daily. Also lots of it is somewhat unchanged. I recommend you read more about the history and architecture before you go, it’s fun to see places that have been in use for 200 years in some cases. The French Quarter of course has a lot to see, and you can eat lunch in spaces that look much like they did long ago. It is kind of hard to describe, but much of the quarter has a not restored or remodeled feeling. Though often places are run down, they still are clearly taken care of. It does not feel fake or polished, it feels well used and loved. Then you can check out the Garden District and the beautiful homes there.  We wanted to actually do a few tours, but did not have time. Luckily just riding the streetcars can give you a nice riding tour and see many of the parks, homes and such. We also did not get to check out any of the many art museums or the really great looking WWII museum.

Traveling around was easy and fairly cheap, for $3 a day you can get a Jazzy pass and ride unlimited on the public transportation, which goes all day and night. The historic electric streetcars are a blast, and not just an attraction, they are very functional, useful, and used. Unlike many other cities transportation, they keep them mostly clean, and with all the windows open, they don’t seem to stink. They were also smartly designed with lots of brass handles and surfaces to last, and stay bacteria free. We stayed right by a stop, and had no problem getting all over really quickly. Most don’t have A/C, but with the windows down it was not to bad.

Everyone we interacted with was really friendly. Not in the “midwest nice” way we have here in Indiana, and not in the southern hospitality way some might expect. Once again I find it hard to explain, but everyone starts very neutral, and when you are not a jerk, or when they realize you are not, they are VERY nice and sincere. With Dean of course that led to interesting conversations. The homeless and panhandlers although common in touristy areas, were also far less aggressive then other places like Chicago and made a point to not bother us when we had Zoe. Only one time did they talk to her and they told her to stay in school so she does not become homeless, which was a positive interaction.

Even though we only spent a few days in NOLA I think it is quickly becoming one of my favorite cities. I can see why Dean and Andria would love to move back. I could see myself living there if it were not for the heat and humidity. (It never got below 80 even at night.) We will surely be going back again, and hopefully soon. Although it has been there for a very very long time, it all feels very fragile and at risk. From the economic strains you can see, damage from increasingly worse hurricanes (Katrina has not fully been recovered from 12 years later in some parts of the city) and corporate pressure from external casinos, you worry it will not be around in the future, at least not thriving. As Dean said though(paraphrased), The city has survived and thrived through many hardships. It is part of the culture, and what enriched that culture throughout New Orlean’s rich history.

Because of the wedding and the shortness of time, I also did not take as many pictures as I would have liked too, I did take a few though and will try and upload them later. I will take many pictures when I go back!

Some of our favorite touristy places in the short trip (not exhaustive or complete at all): 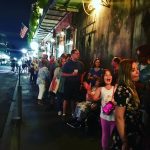 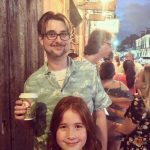 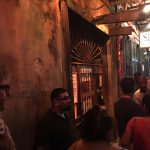 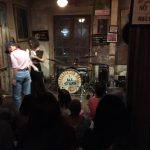 Mardi Gras World (Much better then expected, a must see) 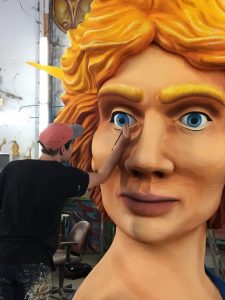 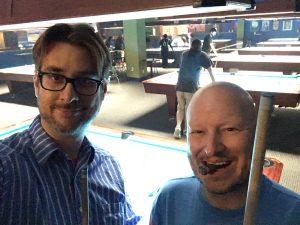 Frenchman Street (Skip Bourbon and hang out here or other streets.)

Café du Monde (Tourest attraction for sure, but you have to have a beignet and coffee. I tried the ones at Cafe Beignet, and while also really good the ones here were better… Sorry Alton Brown) 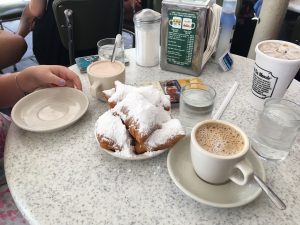 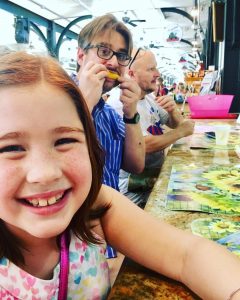 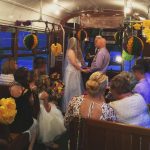